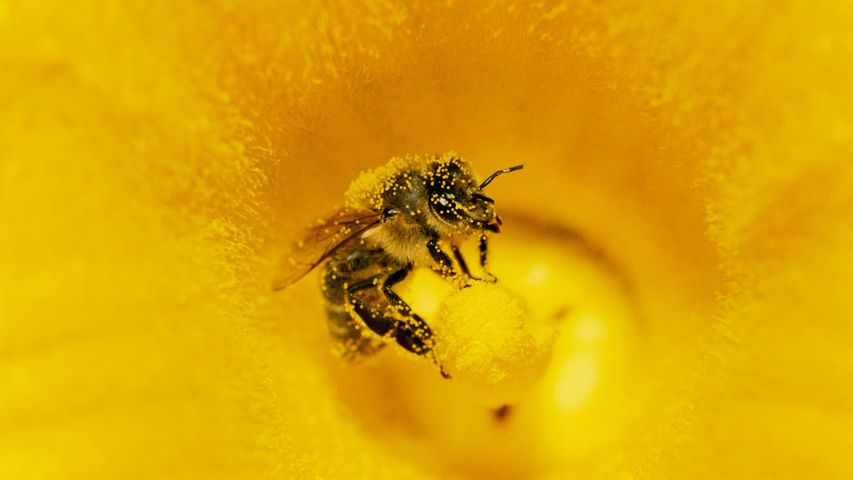 The ‘Bee’ goes on. Why’s it called a spelling ‘bee,’ anyhow?

You might recognize our homepage friend from the logo of the Scripps National Spelling Bee, an annual US competition since 1925. Why’s it called a spelling bee? Because another meaning of ‘bee’ is any kind of gathering or meeting for collective work or competition, like a quilting bee or, yes, a spelling bee. The Scripps National Spelling Bee is being held this week in National Harbor, Maryland, and savvy spellers from grade schools and middle schools around the world will compete for top honors.If last year’s competition is any indication, it should be dramatic stuff. In 2018, more than 500 students qualified for the 91st Scripps Spelling Bee after advancing in local competitions. But it was 14-year-old Karthik Nemmani, a middle school student from McKinney, Texas, who took home the crown when he correctly spelled the word ‘koinonia.’ Another Texan, a 12-year-old girl, placed second after she stumbled over the word ‘bewusstseinslage.’ Frankly, we’re quite certain we’d stumble over that word, too. We suspect the future is bright for both competitors.