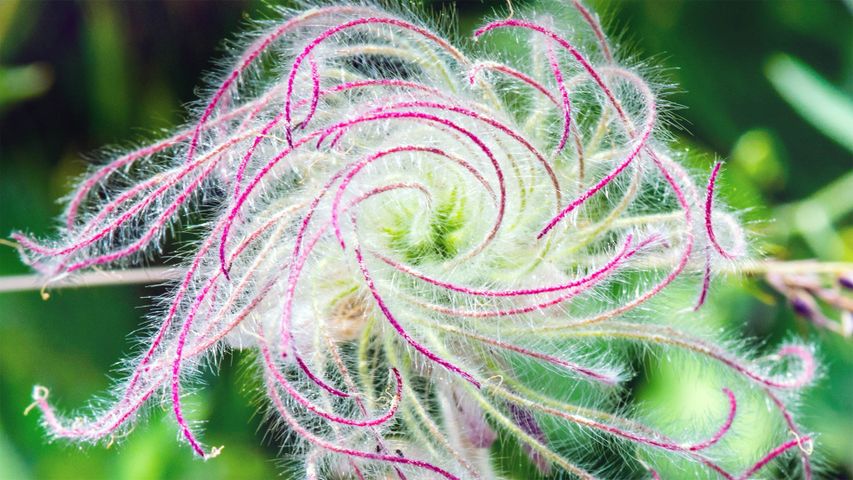 The three-flowered avens is one of those lucky plants known by several common names, including prairie smoke and, yes, old man's whiskers. The hardy perennial blooms across North American prairies in the springtime, setting off purple-tinged, closed bell-shaped buds that hang downward in clumps of three. After bees go to work pollinating the buds, the fertilized flowers open and turn skyward transforming their pistils into soft swirling tendrils that are said to resemble an old man's whiskers. Take a good look at our image and decide if that's what comes to mind for you. As summer marches on, the plants continue their spectacular show as the fuzzy seed heads take on a pink-tinged cast resembling low-lying prairie smoke.