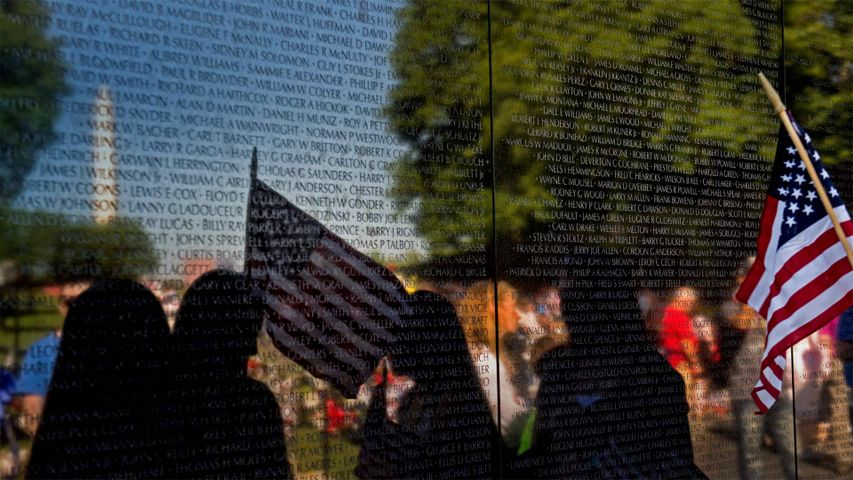 A wall for the fallen. Reflections on Memorial Day

For Memorial Day, we're visiting the Vietnam Veterans Memorial in Washington, DC. More than 58,000 names of men and women who served and died in the Vietnam War are etched on the black granite V-shaped wall. In 1981, Maya Lin was just 21 and still an undergraduate at Yale when she won a nationwide public competition to design the memorial. But when her design was unveiled, its minimalist and nontraditional approach sparked controversy. Many considered it bleak and thought the black granite symbolized defeat rather than honor. To address these criticisms, and over Lin's objections, a bronze statue of three servicemen was added to the plan. Later another statue, the Vietnam Women's Memorial, was erected south of the wall. Today the Vietnam Veterans Memorial is among the most popular and revered landmarks in DC, drawing over 4.5 million visitors a year.