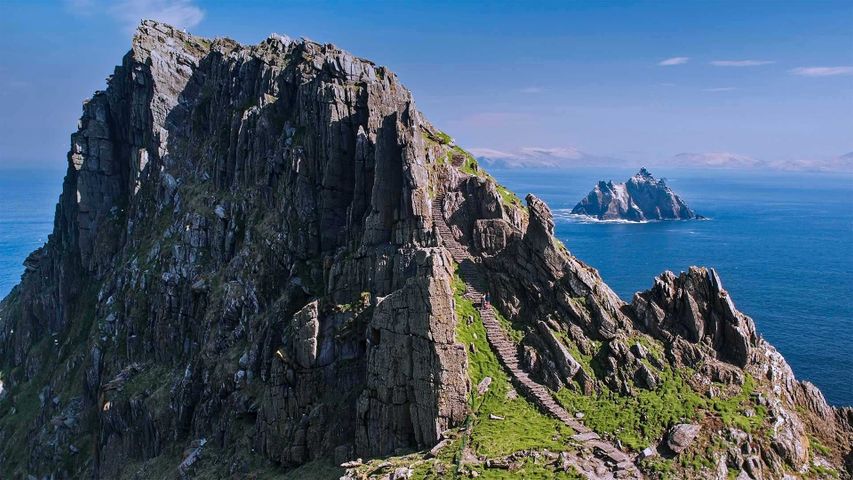 May the Fourth be with you. Visiting Ahch-To on Star Wars Day

If some other corner of the Internet hasn't already told you, 4 May is Star Wars Day. (Say it out loud: 'May the Fourth', 'May the Force'… get it?) Fans of the films will recognise the island we're looking at as Ahch-To, where Luke Skywalker went into exile before Rey found him at the end of The Force Awakens. Fans of travel and history may know that it's really Skellig Michael (the Great Skellig), with Little Skellig seen in the background. Together they make up the Skellig Islands, just off the south-west coast of Ireland.Skellig Michael was a haven for Catholics whose rights were being suppressed elsewhere. The exact age of its monastery is unknown, but it was dedicated between 950 and 1050. The monks used the isolated location to protect their way of life and sacred texts from Viking attacks – just as Ahch-To was the birthplace of the Jedi Order and held their ancient texts a long time ago in a galaxy far, far away.

Close-up of the nose of Space Shuttle Atlantis on exhibit at Kennedy Space Centre, Florida