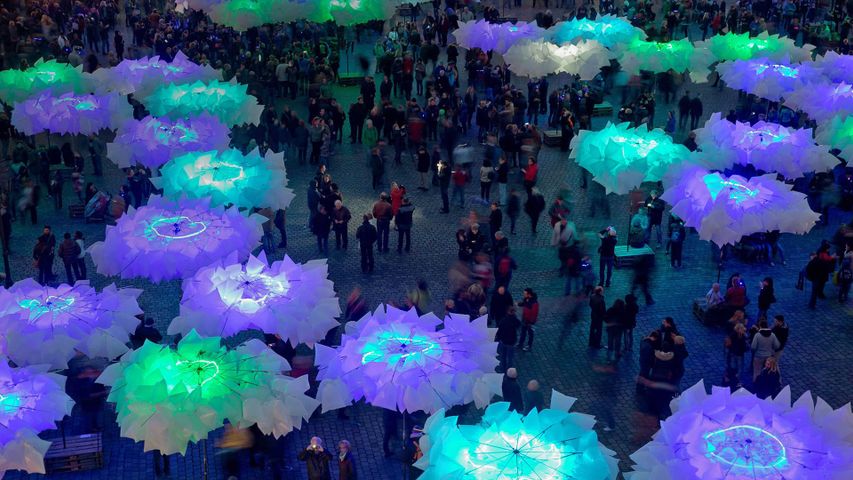 Blue Night in Nuremberg. A night of art and culture

Originally conceived as a one-time event to mark the 950th anniversary of the founding of Nuremberg in 2000, Blaue Nacht, or Blue Night, became an annual event soon after. More than 100,000 people attend this celebration of the city's diverse arts and culture each May. The two-night artfest includes light shows projected on the outside of Old Town buildings, music performances, temporary art installations – like 'Waldplastik' in today's image – and access to Nuremberg’s cultural sites.