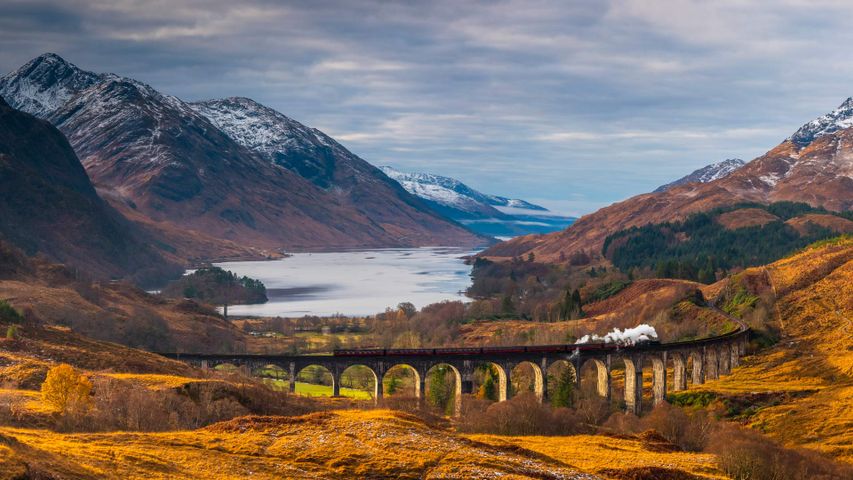 The Glenfinnan Viaduct in Scotland, made famous by the Hogwarts Express in Harry Potter

A Harry Potter hotspot. All aboard the Hogwarts Express

Muggles from around the world flock to this iconic scene at the top of Loch Shiel in the West Highlands of Scotland to marvel at the 21-arched Glenfinnan Viaduct, also known as the 'Harry Potter Bridge'. The curving structure was made famous in the film adaptation of JK Rowling's novels as part of the route taken by the Hogwarts Express, which carries students to and from the wizarding school at the start and end of every term. And today is a poignant date for Potterheads, as 2 May marks the anniversary of the Battle of Hogwarts, which rocked the wizarding world in 1998.In real life, the Hogwarts Express is the Jacobite steam train, named for the historic Jacobite political movement which has many local connections. It's described as one of the greatest railway journey in the world, taking passengers across the viaduct on a magical 84-mile round-trip between Fort William and Mallaig in summer months, passing Ben Nevis, the highest mountain in the British Isles, and some of Scotland's most splendid scenery.