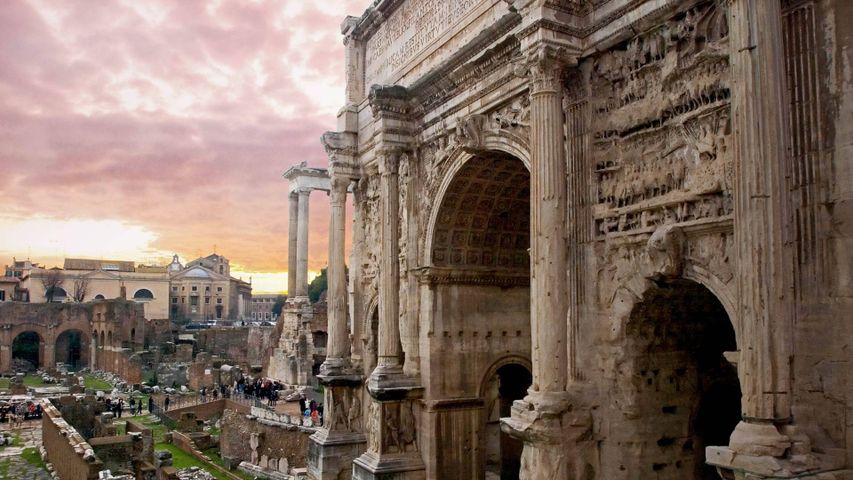 We're at the Roman Forum for the ides of March, a day made famous by the assassination of Julius Caesar. While Shakespeare's Caesar was warned to 'beware the ides of March,' historians have never attributed the phrase to those who tipped off the actual Caesar about a plot against him. But we do know that before March 15, 44 BCE was over, Caesar was assassinated. Afterward, Rome descended in to war, ending the Roman Republic and leading to the rise of the Roman Empire.

Pemaquid Point Light in the Damariscotta region of Maine, USA (©