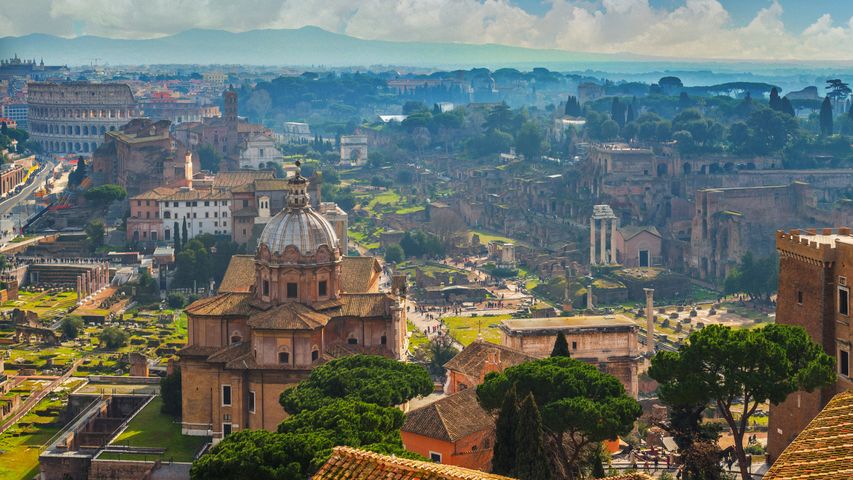 A funny thing happened on the way to the Forum…. Beware the ides of March

We're at the Roman Forum, or Forum Romanum, for the ides of March, a day made famous as the site of the assassination of Julius Caesar. While Shakespeare's Caesar was warned to 'beware the ides of March,' historians have never attributed the phrase to those who tipped off the actual Caesar about a plot against him. We do know that before March 15, 44 BCE was over, Caesar was assassinated. Afterward, Rome descended into war, ending the Roman Republic, and leading to the rise of the Roman Empire.

The Forum was a city square in which Rome’s commercial, political, and religious activity took place, along with the occasional assassination. It was a site of ceremonies and celebrations. It was where Mark Antony’s famed funeral oration for Caesar was given, and where Caesar’s body was burned before the public. Today the area is a popular tourist attraction, drawing more than 4.5 million visitors on an average every year.

Pemaquid Point Light in the Damariscotta region of Maine, USA (©