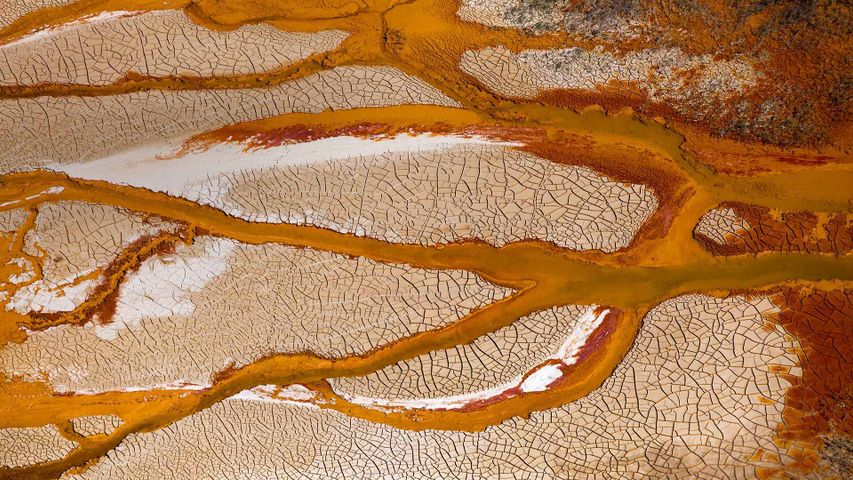 The Rio Tinto, in Andalusia, Spain, gets its strange colour from dissolving iron deposits in the highly acidic water. Beginning more than 5,000 years ago, this area was mined for gold, silver, and other treasures. Archaeological evidence suggests that about 3,000 years ago this may have been the site of King Solomon’s legendary mines. Scientists believe that pollution from the mines contributed to the extreme ecological conditions we see in the Rio Tinto today.But if you think nothing could live in such a desolate place, you'd be wrong. The Rio Tinto is home to unusual microorganisms that feed on its toxic mix and may also contribute to the river’s otherworldly environment. NASA even dispatched a team here to study the surface below Rio Tinto because it closely resembles the subsurface on that other 'red' destination - Mars. By analysing the peculiar bacteria of the Rio Tinto, NASA hopes to advance its search for extra-terrestrial life.