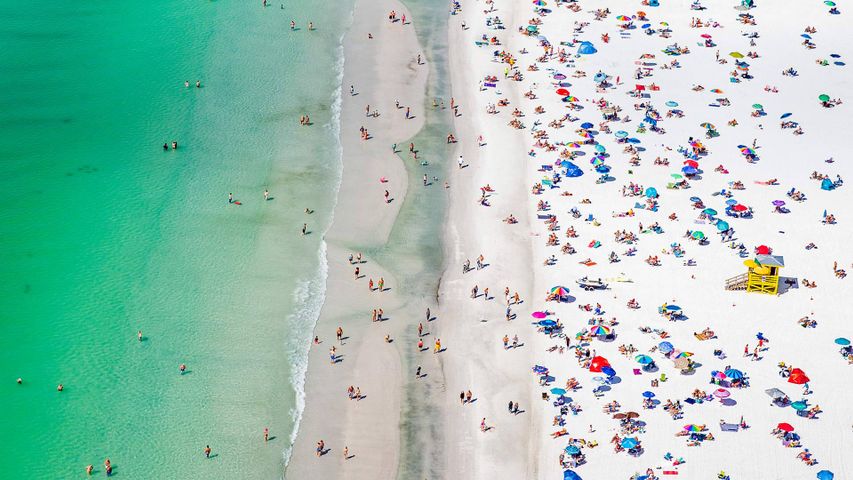 Here we are in mid-March already, the time of year when American college-aged revellers invade the world's beaches, like this one on Florida's Siesta Key. Located in Sarasota County off the state's western shore, the island beach is a fixture on lists of America's top beaches, a standout even in a state where soft, welcoming sands compose over half the 1,900-kilometre coastline.

Using the onset of spring in the region as an excuse to cut loose is nothing new, going back at least to the ancient Greeks and Romans. But spring break as we know it (a holiday period during early spring at American universities and schools) originated in the 1930s, when Fort Lauderdale began welcoming college swim teams for training. In March 1961, over 50,000 young people vacationed in the city. By the '70s, rising prices and increasing consternation of locals began driving the party from Fort Lauderdale to other Florida beaches, and eventually everywhere else. Tourist-vs.-townie tensions still go strong in spring break hotspots, but the party goes even stronger: throughout the spring break season, airlines can expect to serve around 400,000 more passengers each day than usual in the US alone.