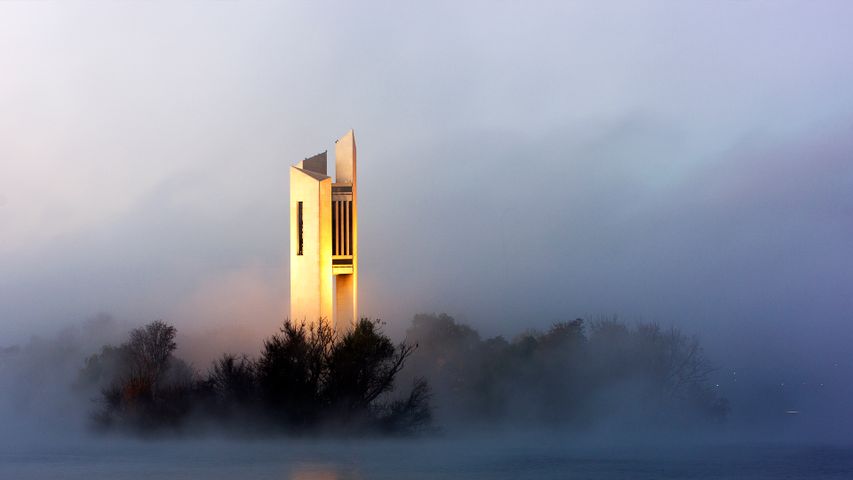 Canberra might be primarily recognised for its political connections, but on the capital city’s 106th birthday, we’re setting our sights on a lesser known local landmark. Measuring in at around 50 metres, the National Carillon was gifted to the country by the British Government during Canberra’s 50th anniversary – Queen Elizabeth accepting the monument on behalf of Australians on April 26, 1970. But it’s not just a pretty sight once the evening lights go on. The Carillon also acts as a musical instrument, housing 55 bronze bells. Once they get going, the resulting music can be heard across Lake Burley Griffin and through Kings and Commonwealth Parks.