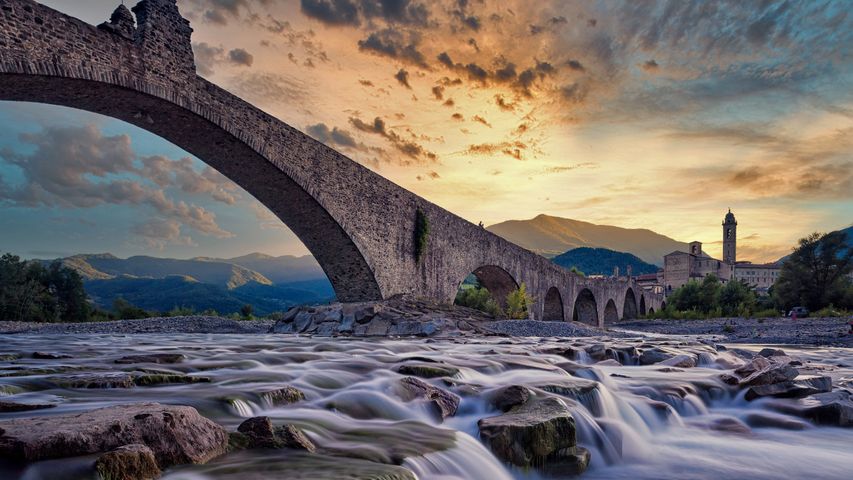 Between Milan – the fashion and design capital of Italy – and the famous seaport city of Genoa, you’ll find this small river town in northern Italy. People have lived here since ancient times, including the Romans, but the town really began to thrive when the abbey was constructed in the 7th century. For much of the Middle Ages, the Bobbio Abbey and its vast library made the town a centre of religion, culture and learning.

These days, Bobbio is a regular tourist stop perhaps best known for its old bridge, or Ponte Vecchio (not to be confused with THE Ponte Vecchio in Florence). Bobbio’s old bridge spans the river Trebbia with 11 arches of unequal size and is commonly called Ponte Gobbo (Hunchback Bridge), because of its irregular shape.

With its many small churches, modest houses and cobblestone streets, Bobbio maintains the character of a medieval village nestled in the Trebbia valley. American novelist Ernest Hemingway described the valley as ‘the most beautiful in the world’, and with views like this, we’re not going to argue with him.