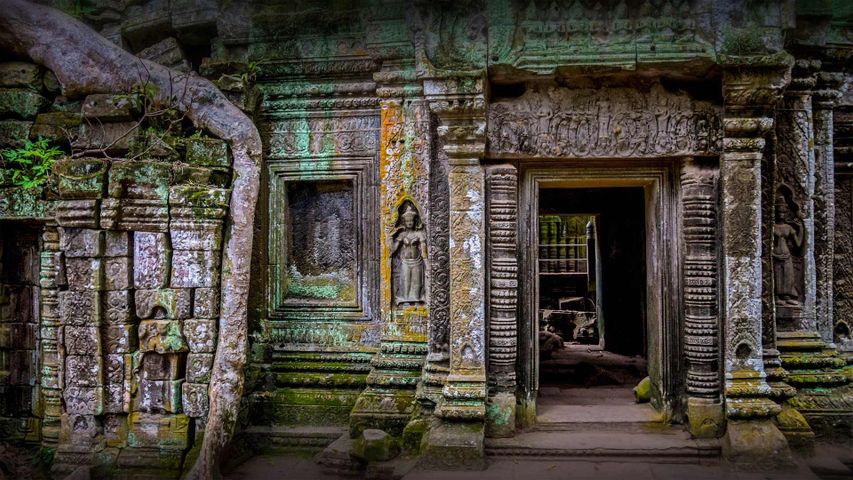 Construction of this Buddhist temple in the Siem Reap Province of Cambodia began in 1186. When the Khmer Empire collapsed in the 15th century, Ta Prohm, and many other stone temples like it, were left standing but neglected. In the late 20th century, restoration organisations opted to leave Ta Prohm largely as it had been found, clearing a bit of jungle undergrowth away but keeping the massive Tetrameles trees that grow out of the ruins. The temple was used as a location in the film Tomb Raider and today it's one of the most visited complexes in Cambodia's Angkor region.