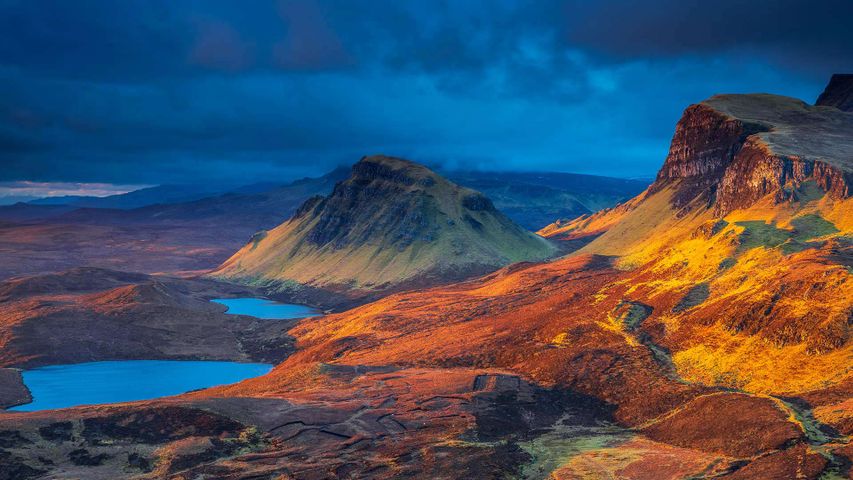 The sliding landscape of Skye

As the sun rises on the Isle of Skye, off mainland Scotland’s west coast, it casts a golden glow on a landscape shaped by lava flows, erosion and glacial movement. An ancient landslip here runs for nearly 20 miles, creating a labyrinth of steep slopes, hidden plateaus and dramatic rock formations.

This particular section is known as the Quiraing and it is the only bit of the landslip which is still moving, albeit by just a few centimetres a year. Among numerous striking rock formations are a 120ft pinnacle known as The Needle and The Prison, an outcrop that looks like a medieval fortress. The Quiraing’s name is derived from the Old Norse ‘Kvi Rand’ (meaning round fold) and it is said that another local landmark, an elevated grassy plateau known as The Table, was used to hide cattle from Viking raiders.

The Quiraing’s sweeping panoramas make it a favourite with photographers and walkers, while various movies including Transformers: The Last Knight and 47 Ronin have also featured scenes from this fantastical landscape.