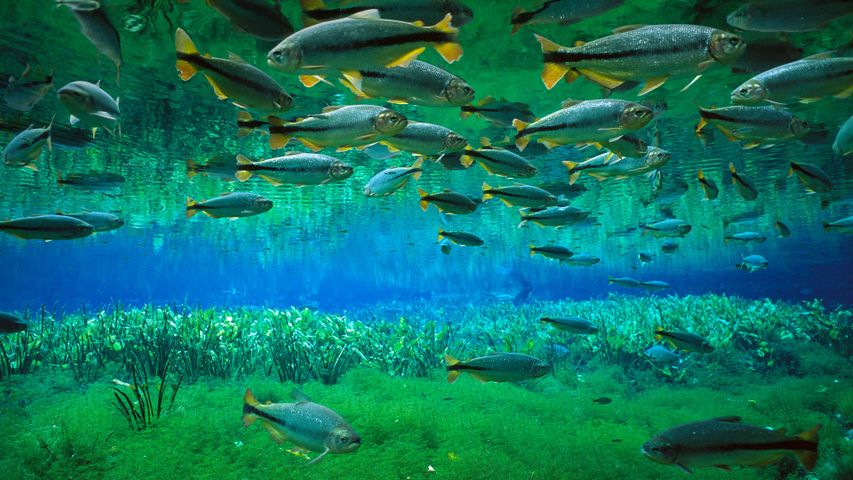 They may not know it, but these fish are swimming in one of the most unique ecosystems in the world. They’re found in the Cerrado, an expansive tropical savannah that covers more than 20 percent of the land in Brazil. It’s not as famous as the Amazon, but this region is a true biodiversity hot spot. It’s home to more than 10,000 types of plants, as well as charismatic species like the jaguar, maned wolf, and the tapir, not to mention these fine fish. They’re from the genus Brycon, which accounts for more than 40 fish species sometimes called the South American trout, even though they’re unrelated to actual trout.