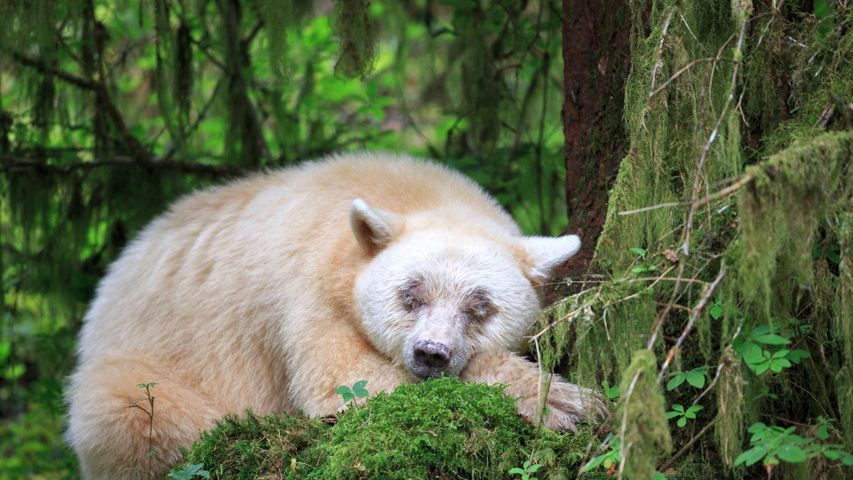 The big snooze. Spirit of the rainforest

The Kermode bear, often called the ‘spirit bear’ due to its ghostly appearance, isn’t albino. It’s a subspecies of black bear, born with pigmented skin and eyes, but a genetic mutation produces no pigment in the fur. Two black bears with dark fur can produce a Kermode cub, while a Kermode parent doesn’t guarantee a Kermode offspring. Spirit bears haunt the moss-covered territory of the Great Bear Rainforest, which is where our homepage photo was taken, but others have been documented in the greater coastal region of British Columbia. Nature, your lovely weirdness wins again.