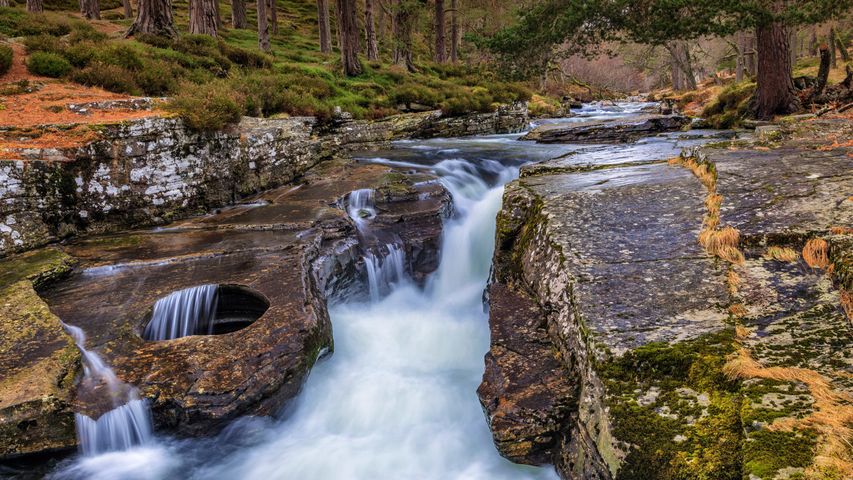 Take a sip from the Punch Bowl. River Quoich in Aberdeenshire, Scotland

In the eastern Highlands of Scotland, tucked into the forested plateaus of the Cairngorms mountain range, is a small but beloved river that runs through a ravine. The River Quoich is frequented by nature lovers, hikers, and intrepid paddlers willing to brave its surprisingly swift currents and its several waterfalls, including the one featured here, the Linn of Quoich. This spot is famous for the bowl-shaped cavity in the rock that you see on the left.

Called the Punch Bowl, this natural feature has become the star attraction for those who visit the river and take the 3-mile hike along its banks. According to lore, the Earl of Mar, the 18th-century nobleman who owned the forest, placed a ceremonial punch bowl atop the hole and drank from it after a successful deer hunt. Queen Victoria loved these pine woods and built a rustic lodge near the falls around 1850. While the beauty of the River Quoich is fit for a queen, you don't have to be royalty to enjoy it.