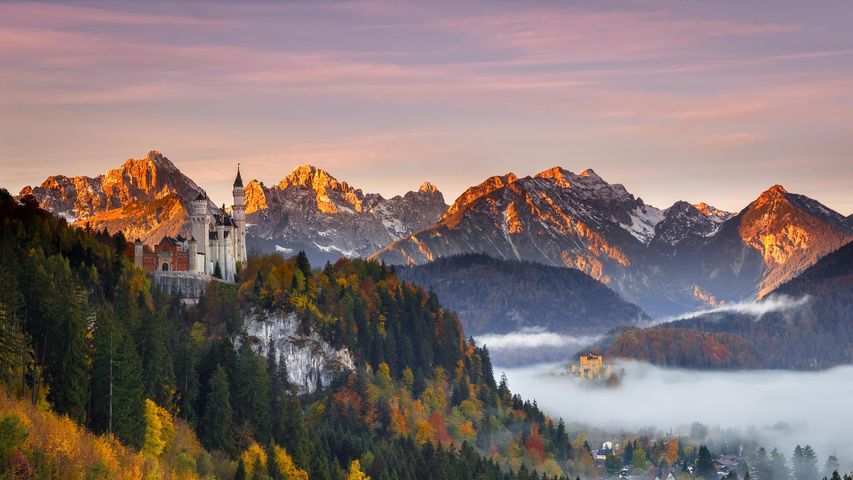 Get to southwestern Bavaria, near Germany’s border with Austria, to see this magnificent castle. It was built not as a stronghold against invaders, but as a fancy getaway for Ludwig II, the Bavarian king who commissioned the construction in 1869. Ludwig II sunk most of his personal fortune into Neuschwanstein Castle and a couple other estates, and even borrowed heavily to pay for the castle. Part of his inspiration for Neuschwanstein was the composer Richard Wagner, as Ludwig II was a fan of Wagner’s operas. After Ludwig II’s death, the castle was opened to the public for tours, and it continues to be a popular local attraction today.