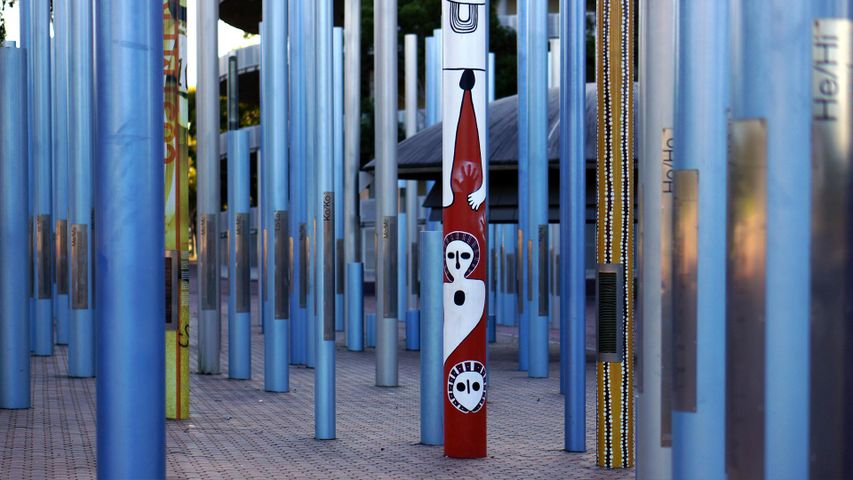 Remembering greatness. Not your typical forest

One of Sydney’s largest entertainment complexes, Sydney Olympic Park sees hundreds of thousands of visitors attend concerts, sporting matches and more each year. But with the park now acting as the base for many events during the 2018 Invictus Games, which gets underway today, we thought we’d highlight one of its lesser known areas. Located within the park’s Volunteer Walk, ‘Games Memories’ is a public artwork filled with a forest of over 400 steel poles. Around 300 of the poles list the names of the 74,000 volunteers who contributed their time and effort during Sydney’s 2000 Olympics and Paralympics. Some athletes and spectators have also had their names placed on additional poles, while prominent indigenous artist, Donny Woolagoodja, lent his talents to paint three.