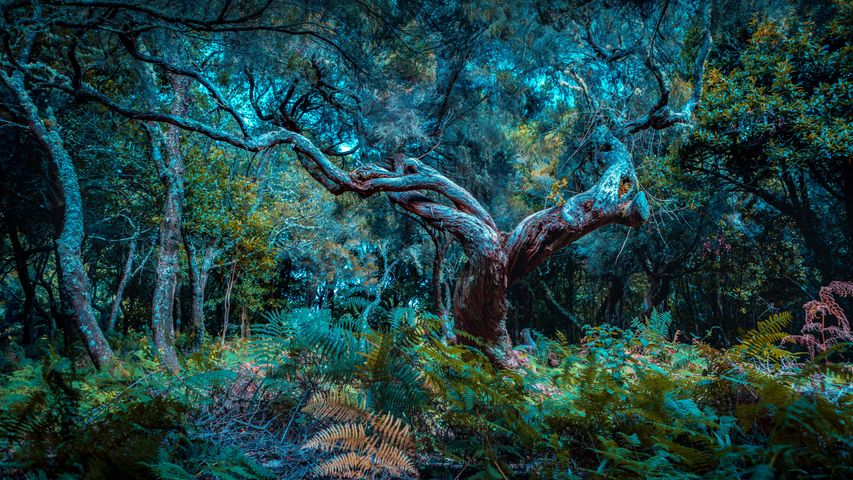 Info. Fanal forest on the island of Madeira, Portugal

Today we’re exploring a subtropical forest on the Portuguese island of Madeira off the north-west coast of Africa. Fanal forest is part of the Laurisilva forest, the largest surviving laurel forest in the world. About 90% of the forest's growth remains uncut, and the forest was made a UNESCO World Heritage site in 1999 for its ecological importance and beauty.

Laurel forests, also called laurisilvas, covered most of Southern Europe millions of years ago. Old-growth areas like this one that were never cleared for agriculture include laurels that are around 500 years old.