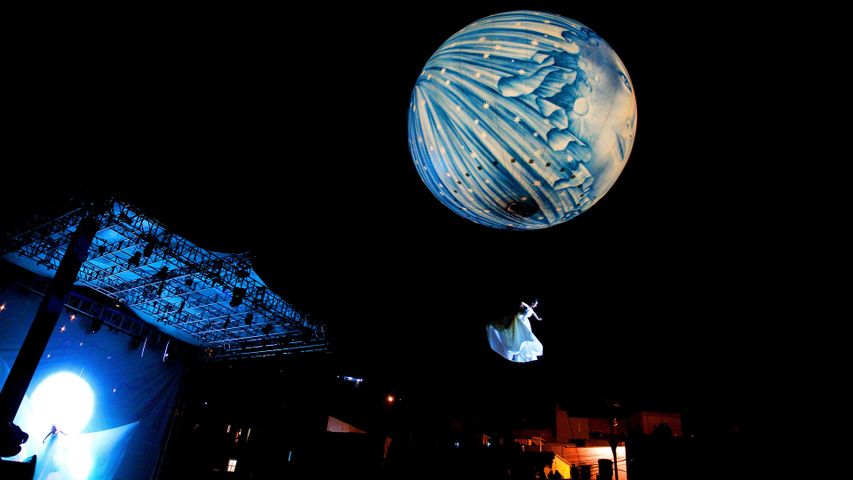 Every autumn in Guanajuato, Mexico, the city celebrates the Festival Internacional Cervantino, or El Cervantino, as it is known to many. The event began in the mid-20th century as a festival of theatre performances – short plays called entreméses, mostly those written by Spanish novelist and playwright Cervantes. But in the 1970s, the festival expanded to include many additional arts, music and cultural performances from around the world. This photo captures a performance by a group called Studio Festi.