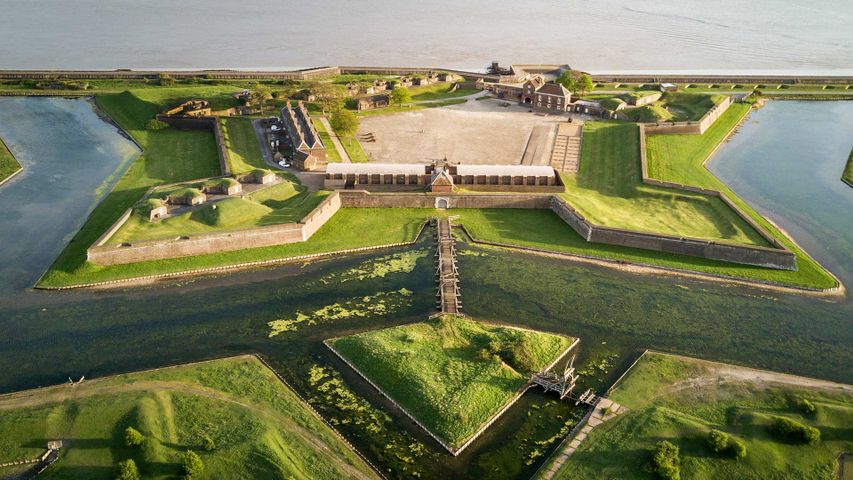 The artillery fort at Tilbury, on the Thames estuary in Essex, protected London from seaward invaders from the 16th century through to the Second World War. The earliest version of the fort was built in the final years of the reign of King Henry VIII, while the current star-shaped structure, with its impressive circuit of moats and bastioned outworks, was constructed after a humiliating Dutch raid on the River Medway in the 17th century. Henry VIII's daughter, Queen Elizabeth I, famously came here by barge and delivered a rousing speech at a nearby army camp to rally her troops against the threat of the Spanish Armada in 1588.