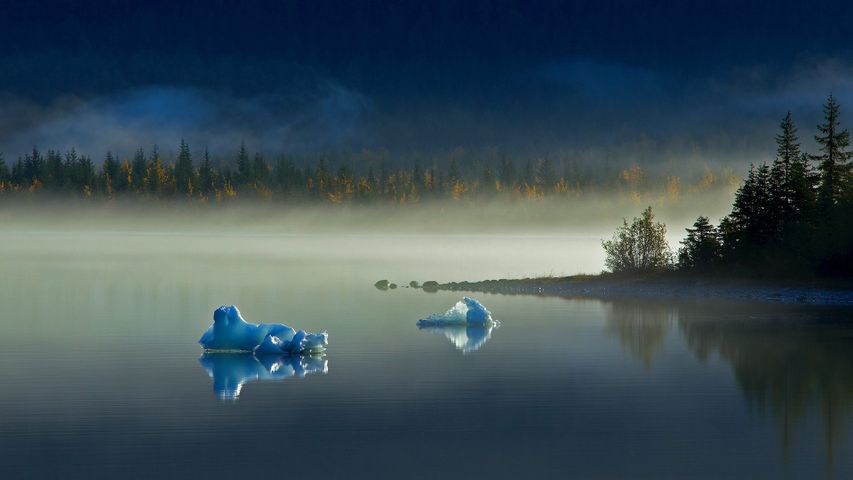 Alaska’s time to shine. Welcome to the Last Frontier

Join us in celebrating Alaska Day here at beautiful Mendenhall Lake, just a stone’s throw from the American state’s capital of Juneau. It seems a timeless sight, but there was no lake here at all until after 1930, when Mendenhall Glacier receded, leaving a deeply-carved valley in its wake that was soon filled with glacial melt. Today, the glacier still feeds the lake, much to the delight of the many visitors who arrive in Juneau for the summer months on cruise ships.

Alaska Day commemorates the day in 1867 when the Russian Empire sold Alaska to the United States for US $7.2 million, or just around four cents per hectare. It seems an astonishingly small price today, but at the time, opponents called it Seward’s Folly, after the country’s present Secretary of State, William H. Seward, who negotiated the deal. Few Americans moved to the ‘Last Frontier’ at first, but after 1898, when gold was discovered, a rush of prospectors and others began a wave of settlers in the territory. Ever since, Alaska, with its vast natural resources and staggering beauty, has been a prized domain and an enduring symbol of American wilderness.