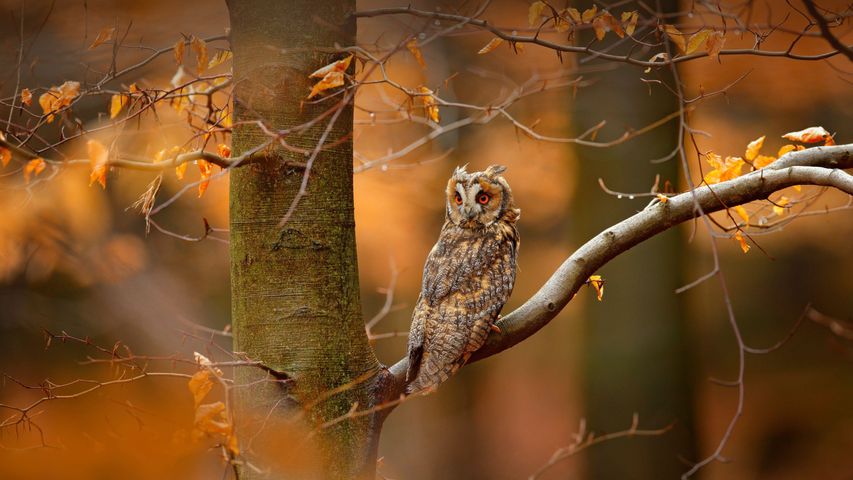 Sometimes called the lesser horned owl or cat owl, long-eared owls are one of the most numerous owl species in the world with an estimated population between 2 and 5.5 million widely distributed across the Northern Hemisphere. Our featured friend today was found in the Czech Republic, but they’ll adapt to several kinds of habitats, including those near the Arctic.

Maybe that adaptability is why they’re unusually social for owls. They’ll often roost together in large groups, with anywhere from 20 to 100 of them staying together for the winter. You might think it would be easy to see such a large group of owls, but long-eared owls are sneaky. They’ll hide in thick cover which makes them harder to find, especially when their feathers blend in with the surrounding branches and foliage. Early spring, before the leaves have fully returned, is the most likely time you’d catch a glimpse of a “parliament”, or group, of long-eared owls.