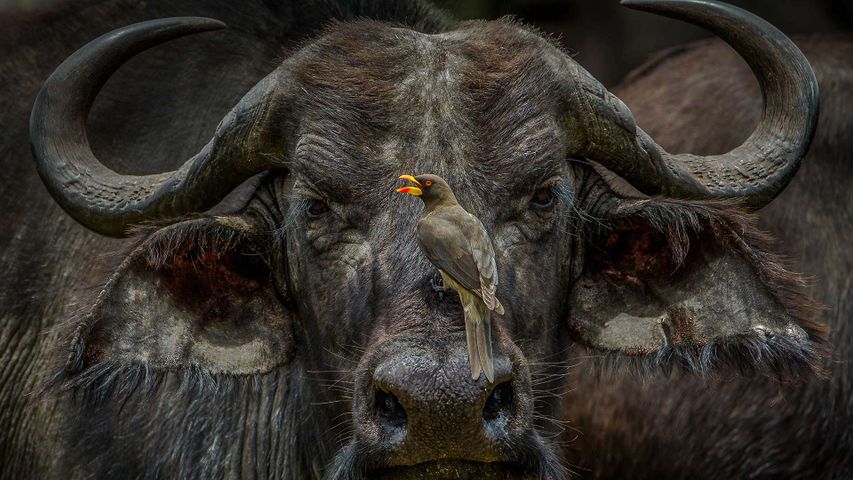 On Boss’s Day, we’re showcasing a working relationship with unusual power dynamics. The oxpecker bird and the African buffalo, while starkly different sizes, make a good team. The oxpecker feeds exclusively on the cape buffalo’s body, removing bothersome parasites and bugs while getting a steady supply of food for itself, rarely ever leaving the animal’s side. Some scientists believe it to be an example of a symbiotic relationship, but others believe the oxpecker behaves more like a parasite. Ah, office politics.