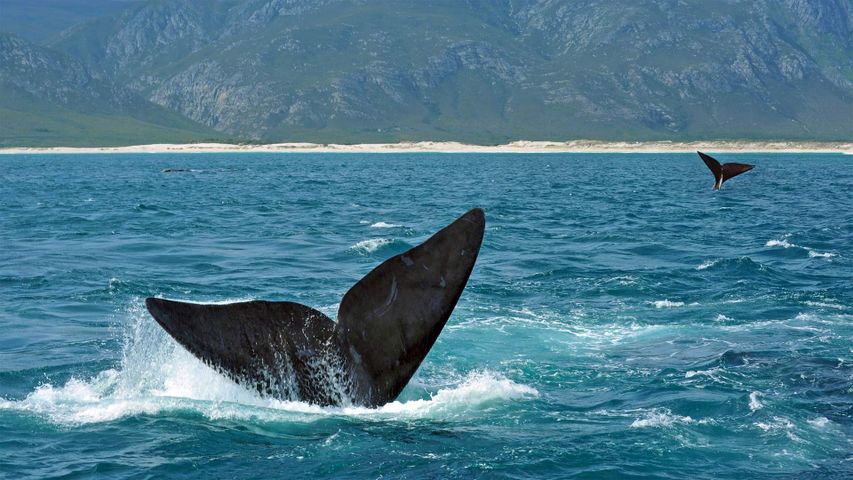 Each year during the Southern Hemisphere’s winter and early spring months (June through November), southern right whales migrate from the far Southern Ocean near Antarctica to the coast of South Africa to mate and calve. Their tendency to swim in shallow waters near the shore–and their curiosity around boats—delights tourists here, and has made the town of Hermanus, South Africa, an international whale-watching hotspot. The town even employs its own ‘whale crier,‘ who sounds a horn when a sighting is made. Today marks the start of the Hermanus Whale Festival, a celebration of these mighty migrants.