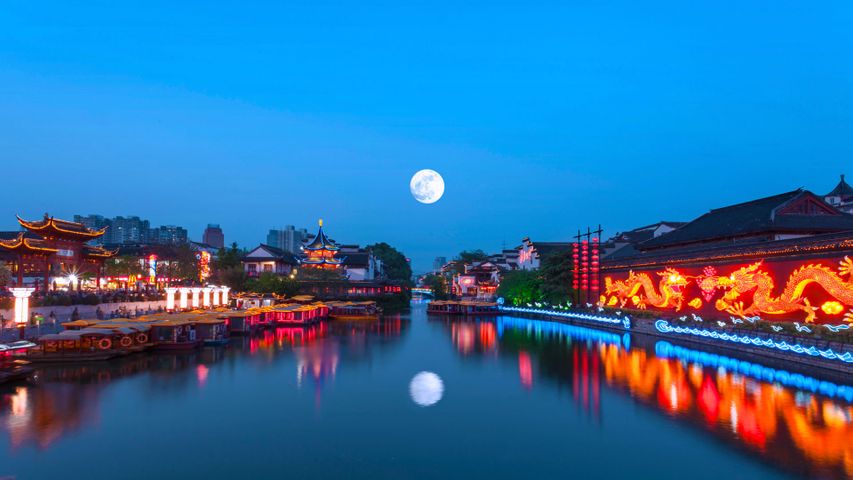 In ancient China, moon worship was tied closely to fertility and the harvest. So the full moon that happened closest to the Autumn equinox (at least for those residing in the Northern Hemisphere) became the holiday now called Mid-Autumn Festival, also called Moon Festival by some. Originally a celebration of the harvest and a plea to the gods for rains to ensure a good harvest next year, the festival has become a more secular bit of Autumn fun, with children and adults alike eating sweet mooncake, lighting lanterns, and giving thanks for all they have. Really, they had us at ‘mooncake.’