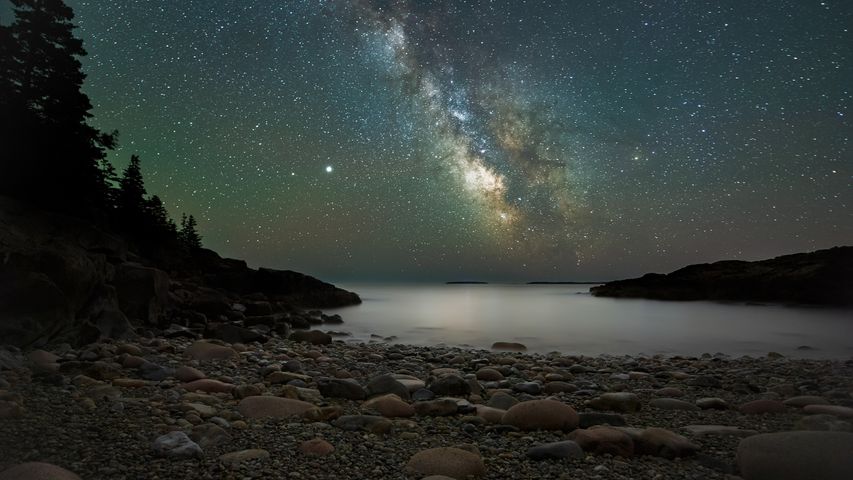 Acadia is one of the smallest of the United States’ 63 national parks, though it attracts an impressive 3 million visitors a year. Aside from its natural beauty, Acadia has some of the most spectacular star-filled night skies in the eastern United States. The natural darkness is protected, with restrictions on outdoor lighting in the park and surrounding areas. The Acadia Night Sky Festival, which is a four-day celebration in late September each year, celebrates the natural darkness and the celestial star show. A favourite way to mark the occasion is by kayaking in Castine's Harbor, where bioluminescent phytoplankton illuminate the water. With sparkling waters below and out-of-this-world stargazing above, it’s been called Acadia’s Floating Planetarium.