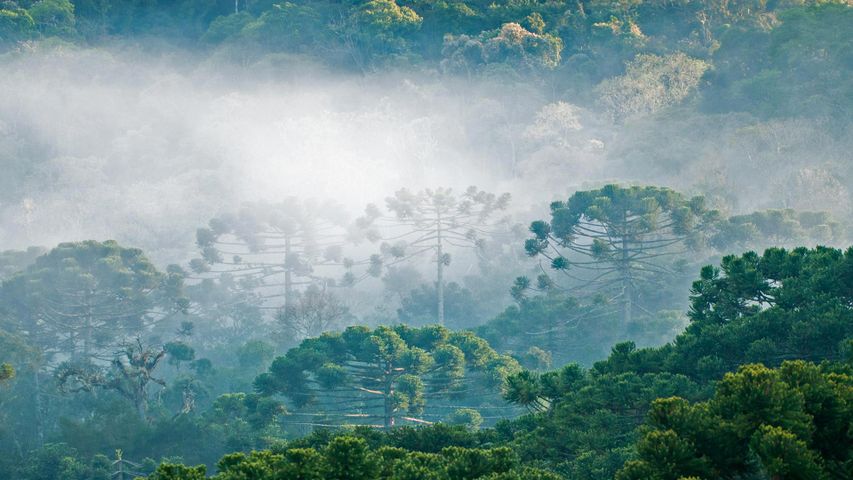 A historic forest in Brazil

When explorers from Portugal landed on the shores of what is now Brazil, the Atlantic Forest, seen here, is what greeted them. At the start of the 16th century, the forest the Portuguese called Mata Atlântica, is estimated to have been over 1,000,000 square kilometres, possibly as much as 1.5 million. As Brazil celebrates its independence today, the Atlantic Forest is in peril, as 85 per cent of it has been destroyed to make room for agriculture and development.

Side View of a Surfer Riding a Wave, Injidup Beach, Western Australia

Australia's James Magnussen competes in the final of the men's 100-metre freestyle swimming event in the FINA World Championships in Shanghai on July 28, 2011