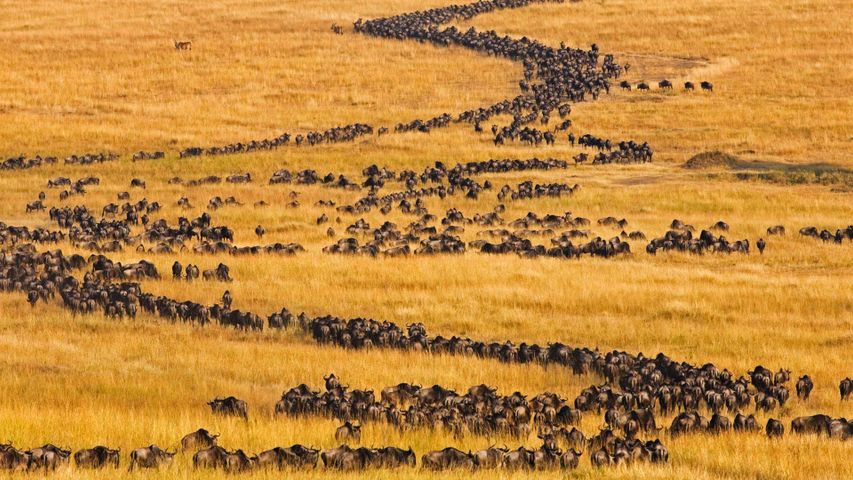 A spectacle unlike any other

The timing of the annual blue wildebeest migration can vary from year to year, depending on the rains and the availability of drinking water. But generally, by this point in the year, the giant herds are moving from the northern Serengeti in Tanzania across the border into Kenya’s Maasai Mara National Reserve, shown in this photo. The annual migration sees over a million of these grass-eating bovines crossing kilometres of African savannah, often following the plains zebra as they make a similar trek. By December they’ll be back in Tanzania for the rainy season. Many of the nations where the wildebeest migrate recognise that keeping the migration safe and healthy draws in tourist money. Many parks and reserves are established along the migration route, ensuring the safety of the animals and allowing humans to view this marvel in person.

Flock of sheep in the mountains, during winter