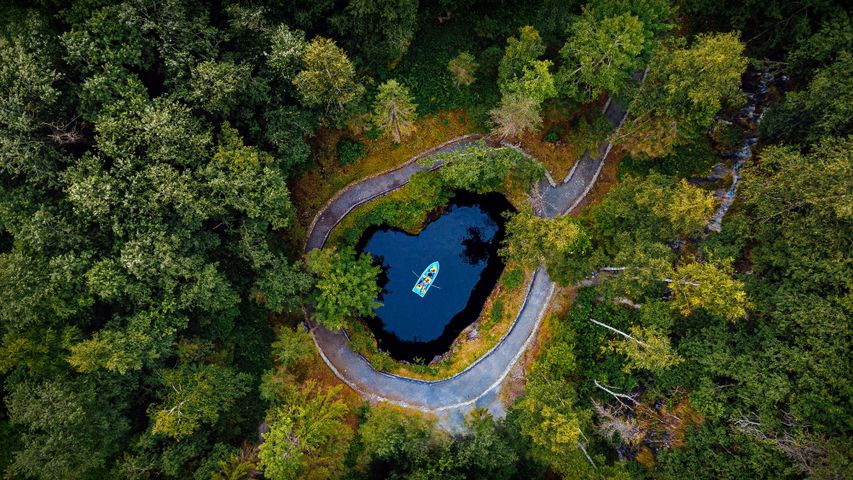 The Ruskeala Mountain Park is a spooky but beautiful reminder of the mining industry that thrived for centuries in this area of Russia near the border with Finland. Constructed on top of an abandoned marble quarry, the park opened to the public in 2005. An old quarry that's been flooded with groundwater since the end of World War II is the park's centrepiece, although some old buildings and kilns from the mines are still intact.

Quarries in this area once extracted and exported limestone, and more importantly, marble, for use in large building projects in Russia. Catherine the Great is said to have had an affinity for the white marble that came from Ruskeala and urged its use in the construction of many of the beautiful buildings in St Petersburg during her 18th century reign as empress. Marble from the mines eventually ended up in famous landmarks of the city, including St Isaac's Cathedral, St Michael's Castle and the Marble Palace. While the mines finally stopped operations in the 1990s, the park is now a popular day trip for tourists who want to learn more about the history of mining in the area.