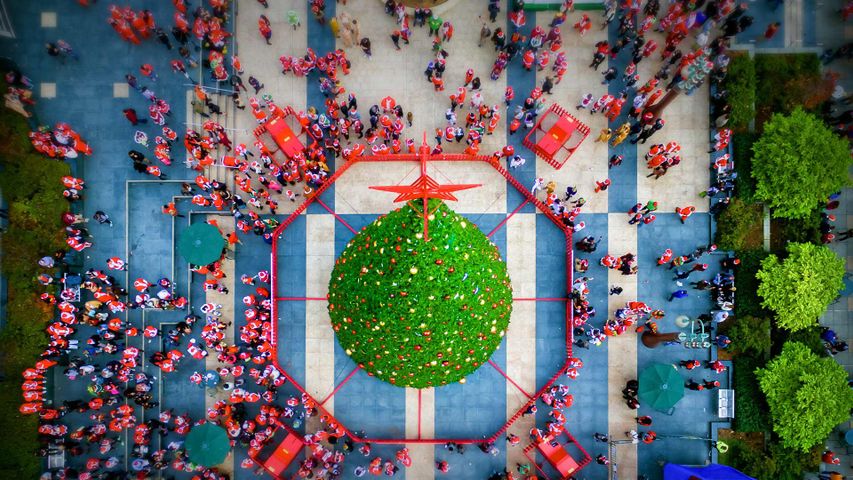 Did a reindeer-drawn sleigh provide this aerial view of SantaCon, the annual Santa event in San Francisco’s Union Square? If it did, then a certain Saint Nick would have observed crowds of merrymakers in Santa suits, meeting for a parade and pub crawl. SantaCon originated here in San Francisco in 1994 and has since spread to several cities around the world. On occasion, the gatherings have gotten out of hand and some celebrants ended up on the naughty list. Be careful out there!