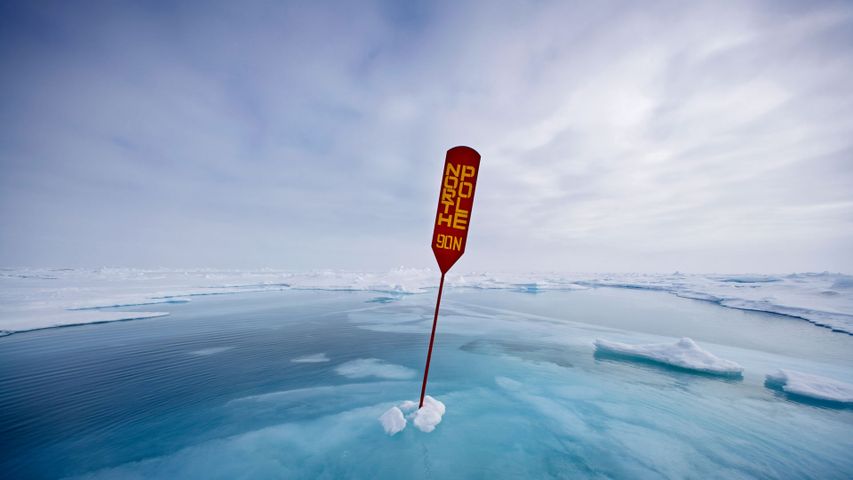 All directions point south when you’re here at 90 degrees north, aka the North Pole. If you’re looking for Santa, try the NORAD Santa Tracker. The North American Aerospace Defence Command has been closely tracking Santa’s Christmas Eve route since 1954, when a magazine ad mistakenly posted the agency’s number as a direct line to Father Christmas. As children began phoning the number, NORAD staff played along and relayed Santa’s location to the youngsters. Our photographer says she took this shot while aboard a Russian icebreaker. The captain positioned the ship as close as he could to 90 degrees north so that passengers could place this marker and snap a few mementos.