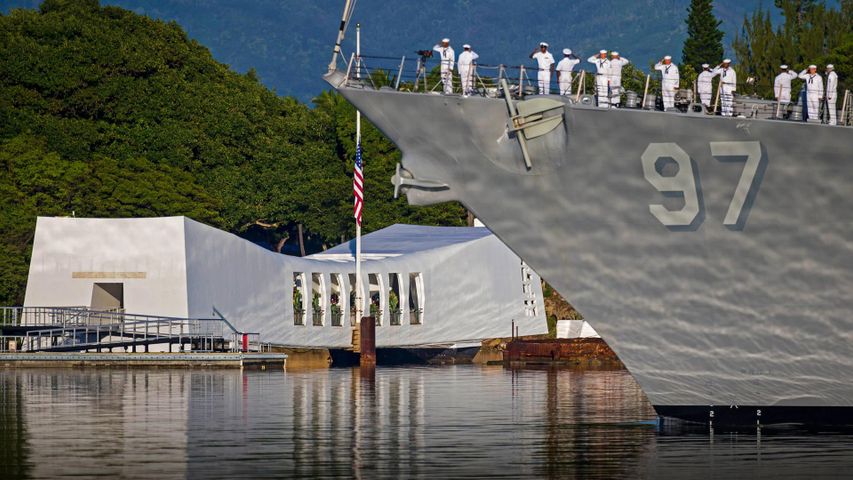 The sailors in this photo, taken during the 2016 National Pearl Harbor Remembrance Day observance, are aboard the USS Halsey in Pearl Harbor. The US Navy destroyer is named for Fleet Admiral William Halsey, Jr., who was designated ‘commander of all the ships at sea’ in the aftermath of the attack on Pearl Harbor. Halsey is one of just four US Navy officers to have earned the rank of Fleet Admiral. The USS Arizona Memorial is in the background. It marks the resting place of 1,102 of the 1,177 sailors and Marines killed on the USS Arizona during the Pearl Harbor attack of December 7, 1941, and commemorates the events of that day.