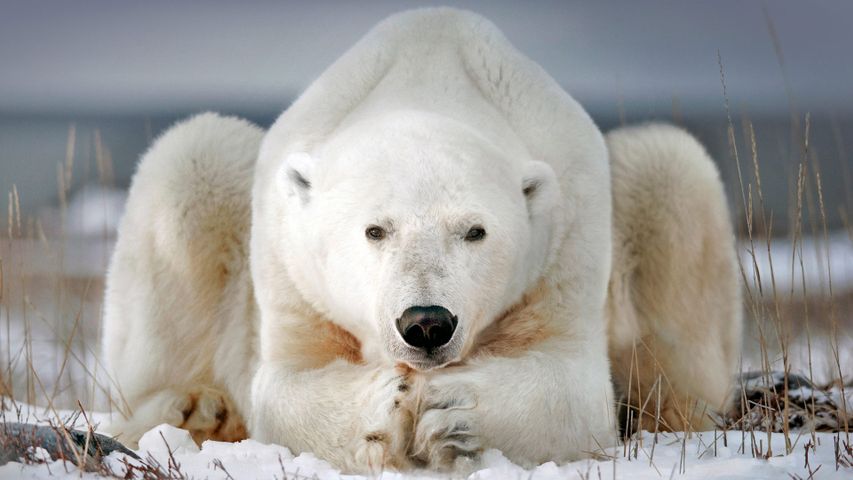 In October and November, many polar bears descend on Churchill, a town in northern Manitoba, Canada, gathering on the shores of Hudson Bay before heading out to hunt for ringed seals. Tourism has flourished in the town as a result, with people coming to see the charismatic white giants arrive. If they’re lucky, visitors may even spy a polar bear striking a perfect yoga pose, like our friend here. February 27 is International Polar Bear Day, an observance created to educate the public about this predator’s crucial role in its Arctic habitat and the effects of melting polar ice on the polar bear’s future.