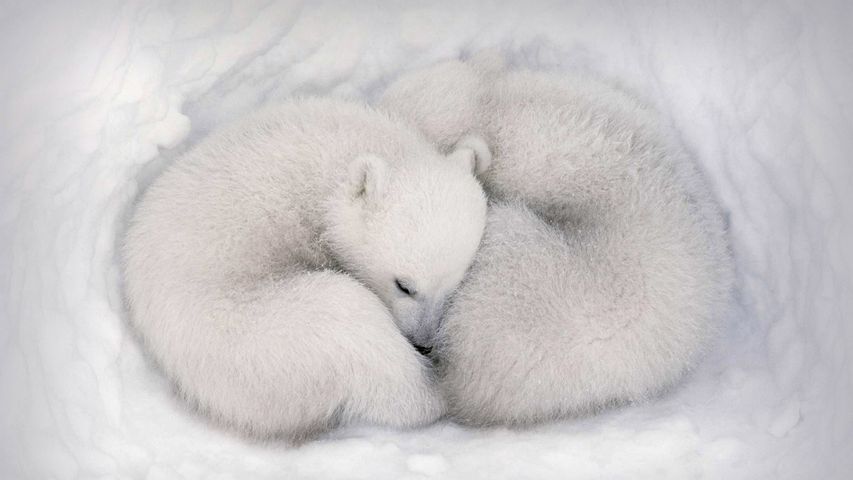 These adorable twin cubs asleep inside a snow den in Canada's Wapusk National Park are the perfect homepage image for International Polar Bear Day. This shot is taken from the 2007 documentary film Earth, which focuses on wild habitats and creatures across the planet.

International Polar Bear Day was created in 2005 by conservation group Polar Bears International to bring attention to the important role these alpha predators play in the Arctic ecosystem. Although polar bears aren't endangered, their current conservation status is 'vulnerable', these magnificent beasts have become a sort of mascot for the race to slow the melting of Arctic sea ice. The Arctic ice is crucial to the bears' survival, as they hunt ringed seals that bob up through the holes. As Arctic ice decreases, so does the polar bears' hunting ground.