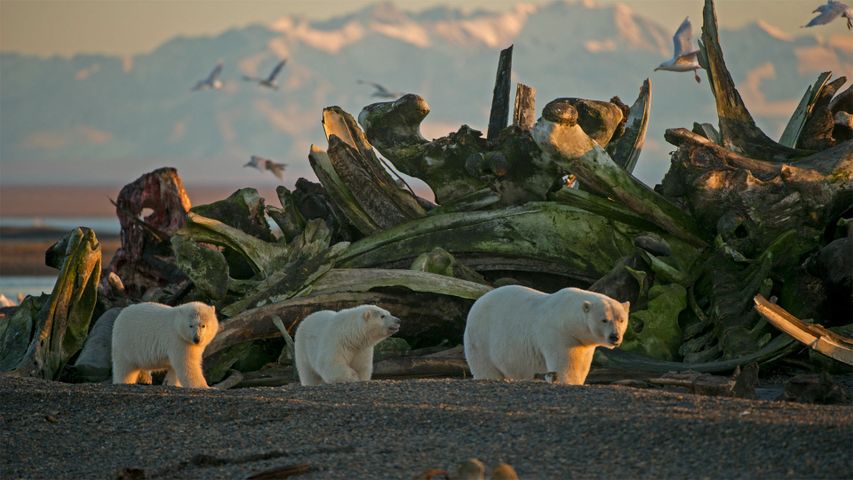 It’s International Polar Bear Day, created to raise awareness of the important role these alpha predators play in the Arctic ecosystem. Although polar bears aren’t endangered, their conservation status is considered ‘vulnerable’ and these magnificent beasts have become a sort of mascot for the race to stop the melting of Arctic sea ice. Arctic ice is crucial to the bears' survival, as they hunt the ringed seals that bob up through its holes. As the ice decreases, so does the hunting ground – which is bad news for our bears.

Just in case you were wondering, the bones in the background of the photograph are those of a whale. When Arctic waters wash a carcass onto the ice, polar bears are not ones to turn down a free meal. They will gorge themselves and leave the leftovers to smaller predators and scavengers.

Bronze sculpture of child and his grandfather caring for plants and flowers, Cordoba, Spain