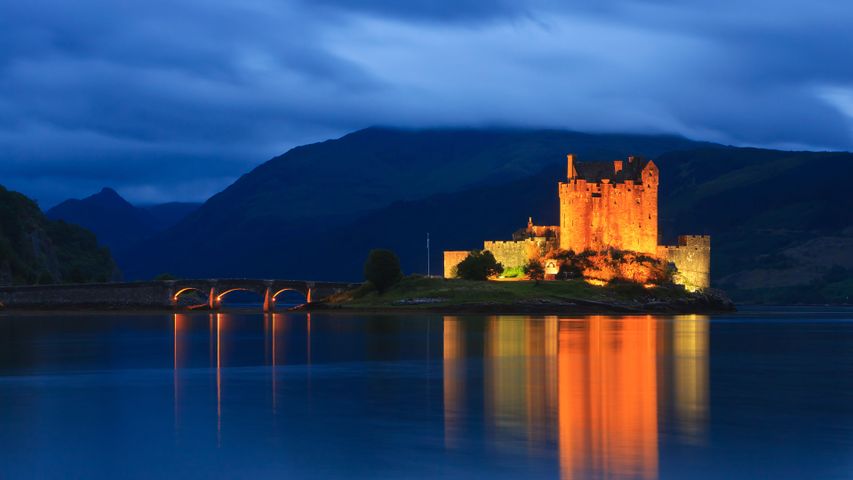 This majestic castle is one of the most popular visitor attractions in the Scottish Highlands. Surrounded by breathtaking scenery, it is perched on its own small island at the point where three great sea lochs meet (Loch Duich, Loch Long and Loch Alsh). The first castle here dates to the 13th century when it was established to defend the area against the Vikings during the reign of Alexander II and since then, at least four different versions have been built and rebuilt. The castle played a role in the Jacobite risings and lay in ruins for the best part of 200 years after being destroyed by gunpowder in 1719, but the iconic Scottish monument was restored by Lt Colonel John MacRae-Gilstrap and reopened in 1932.