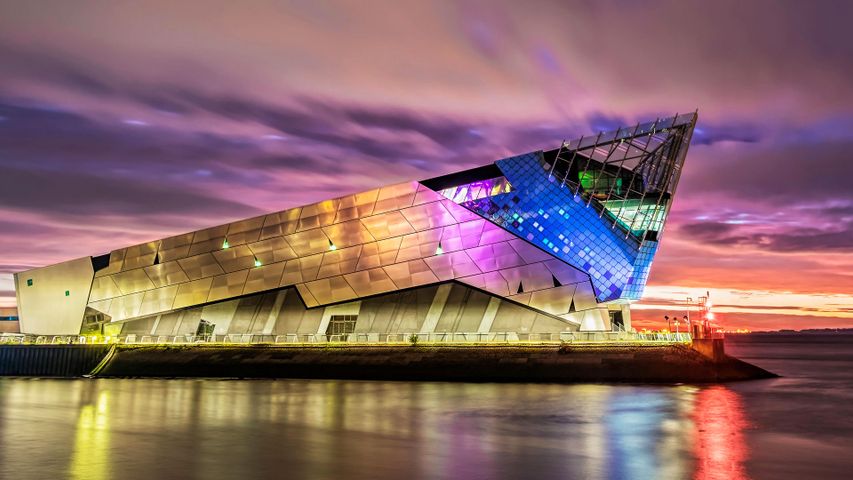 Situated at the confluence of the River Hull and the Humber Estuary in East Yorkshire, The Deep is home to 3,500 fish including spectacular sharks and rays, as well as the UK’s only pair of Green sawfish. The dramatic building opened in 2002 and was designed by British architect Sir Terry Farrell. The Deep has billed itself as the world's first “submarium” – so defined as it has one of the deepest underwater viewing tunnels – and is also a landmark centre for marine research.