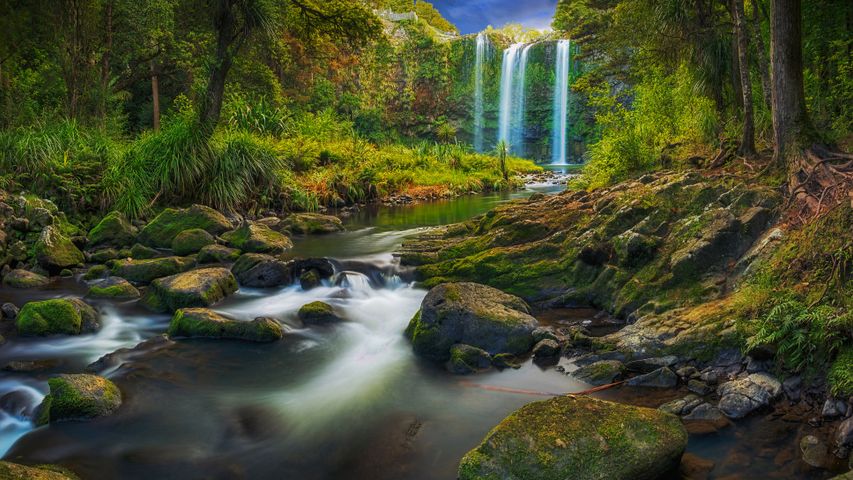 This lush, Eden-esque location on New Zealand's North Island has been a popular spot to bring a blanket and basket for a picnic since at least the 1890s. Whangārei Falls is part of the Hātea River and is one of six beautiful waterfalls in this area. At Whangārei, seen in our photo, the river drops 85ft (26m) over basalt cliffs formed from lava. The surrounding park provides a loop trail ideal for a hike along the edge of the river.

English clock collector Archibald Clapham bought the land here, including the waterfall, during the 1920s to save the landscape from commercial exploitation. The North Island preserve was later turned into a public park.