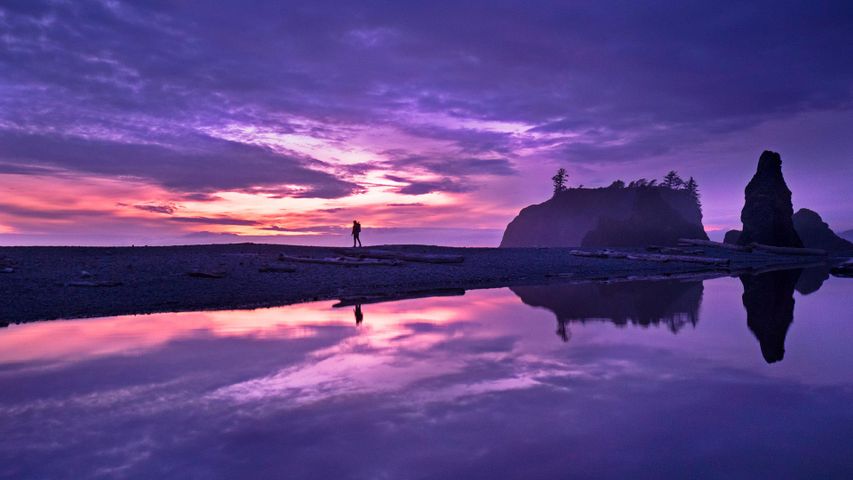 The final day of National Park Week brings us to Ruby Beach, a coastal destination named for its sparkly sand, at Washington’s Olympic National Park. Here on the Olympic Peninsula you’ll find rugged beaches, glacier-topped mountains, and temperate rainforests that receive upwards of 12 feet of rainfall per year. All that rain feeds the mosses, lichens, and ferns that lend the forests a unique, jungle-like quality. Thanks for exploring national parks with us for the past week–it’s been fun!