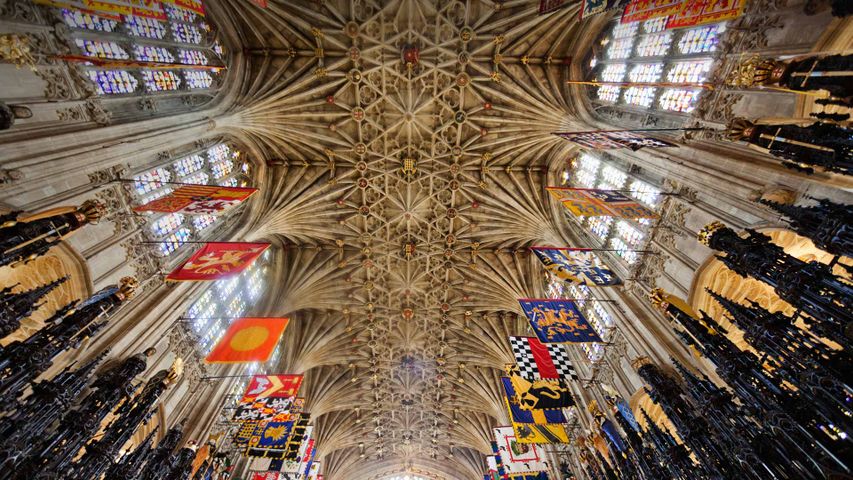 For those of you who weren't invited to the royal wedding, here's a sneak peek at the venue, where Prince Harry and Meghan Markle will be tying the knot. St George's Chapel, a 15th-century Gothic building set in the grounds of Windsor Castle, can hold 800 guests and has been the scene of many royal marriages dating back to 1863 and the reign of Queen Victoria. The grand chapel is the mother church of the Order of the Garter, founded by King Edward III in 1348 and regarded as the most prestigious order of chivalry in Britain. The banners of living Knights of the Garter hang in the Quire, which you can see in this photo. In the centre of the Quire is the ledger stone marking the burial place of King Henry VIII, his third wife Jane Seymour and King Charles I.