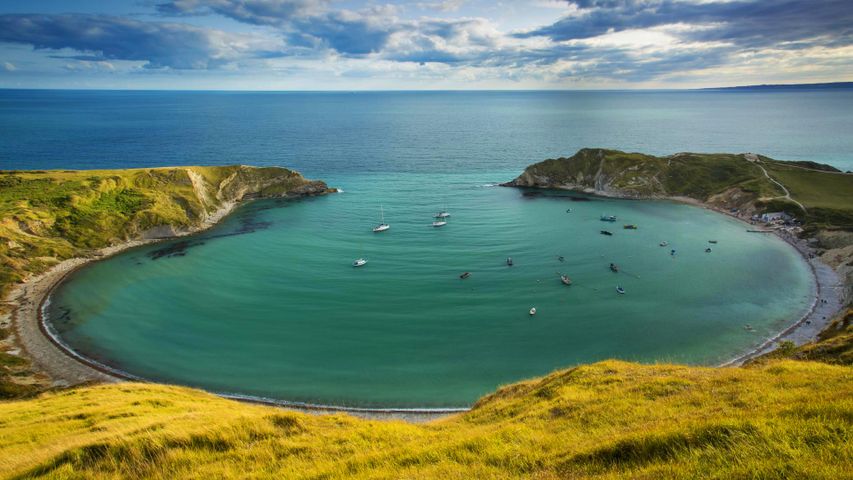 This picturesque horseshoe-shaped cove in Dorset was formed approximately 10,000 years ago by erosion from the sea. From this vantage point, it looks like somebody has taken a massive bite out of the coastline, but the cove's unique look is a result of wave diffraction. The narrow entrance ensures that as waves enter they bend into an arced shape. The cove is part of the Jurassic Coast, which was granted World Heritage Site status by UNESCO in 2001. The region here is important for its geology and features some of the finest folding strata in Europe.