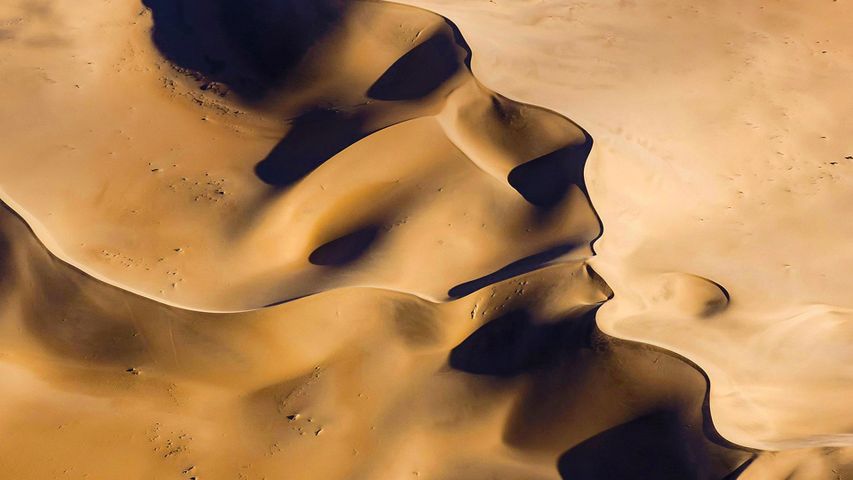 Though the coastal Namib Desert begins in the southwest of Angola, and creeps into South Africa, the largest stretch of the Namib makes up the coastline of Namibia. Parts of the Namib rise in steep elevation, while the northern portion is often shrouded in thick fog rolling off the Atlantic. The fog over the region called the Skeleton Coast is responsible for numerous shipwrecks, but the moisture it brings into the harsh desert landscape is crucial to the flora and fauna that thrive here.