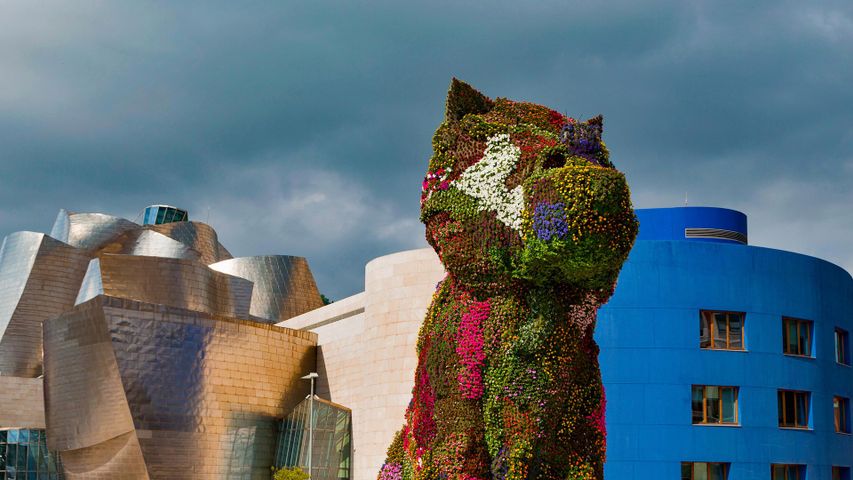 The Guggenheim Foundation has opened three major museums around the world—in New York City; in Venice, Italy; and here in Bilbao, Spain. A fourth museum is currently being developed in Abu Dhabi, in the United Arab Emirates. The Guggenheim Museum Bilbao is home to a modern art collection and large, site-specific pieces, such as ‘Puppy’ by Jeff Koons, seen here. Koons combined the plants and planting style of 18th-century European gardens with a very 20th-century pop-art aesthetic when he created the giant dog sculpture. Where are we off to next?