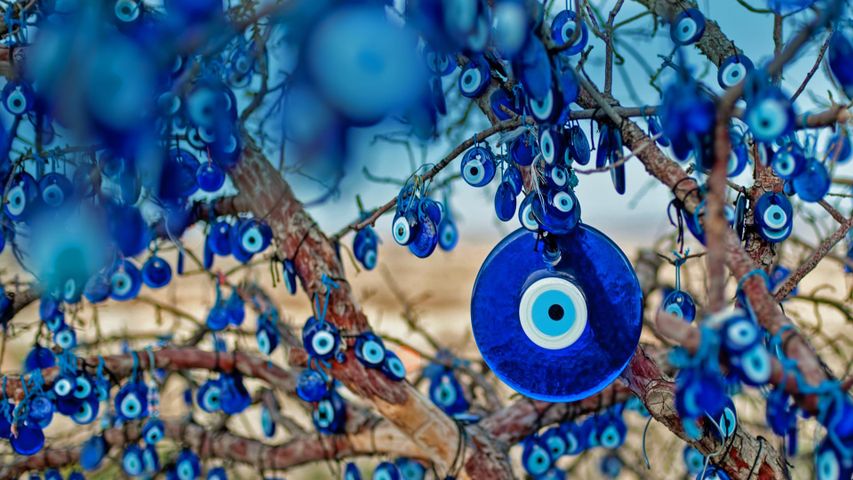 If you’re superstitious, you’ll likely recognize these eye-shaped amulets, called nazars, from Turkey. They’re said to ward off the ‘evil eye,’ a curse of misfortune that’s cast by a malevolent glare. These nazars decorate the branches of a tree in Georeme National Park in the Cappadocia region of Turkey, a landscape known for unusual rock formations and extensive underground cities built during the Byzantine era. The dwellings protected residents from hostile invaders, who may or may not have delivered evil curses.

Aerial view of the island of Mainau on Lake Constance, Germany