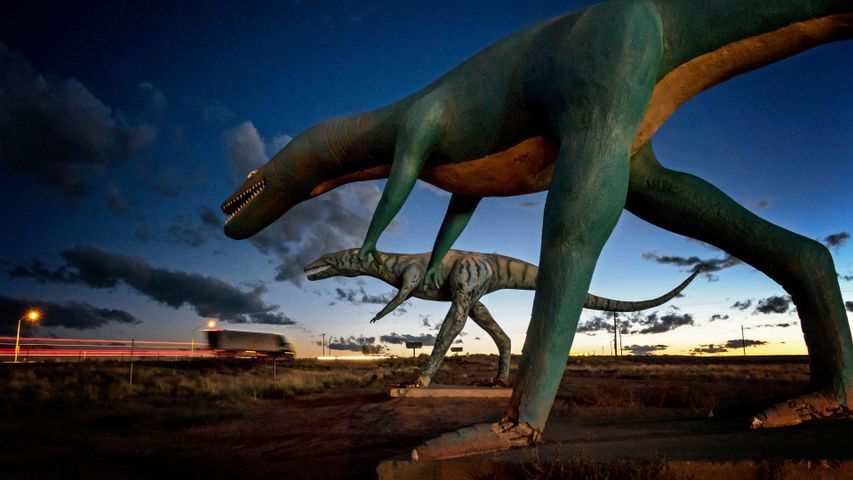 The lure of Route 66 isn’t extinct here in Holbrook, Arizona, where you can still spy giant concrete dinosaurs, kitschy truck stops, and teepee-shaped hotels that were constructed during the road’s heyday. Route 66 was established in the 1920s and within the next few decades, as millions of Americans acquired their first automobiles, it became a destination onto itself, even inspiring a hit song, ‘(Get Your Kicks on) Route 66,’ by Bobby Troup. In 1985 the highway was decommissioned--replaced by the new Interstate Highway System. But for the adventurous roadtripper, there’s still plenty of the old highway to explore.