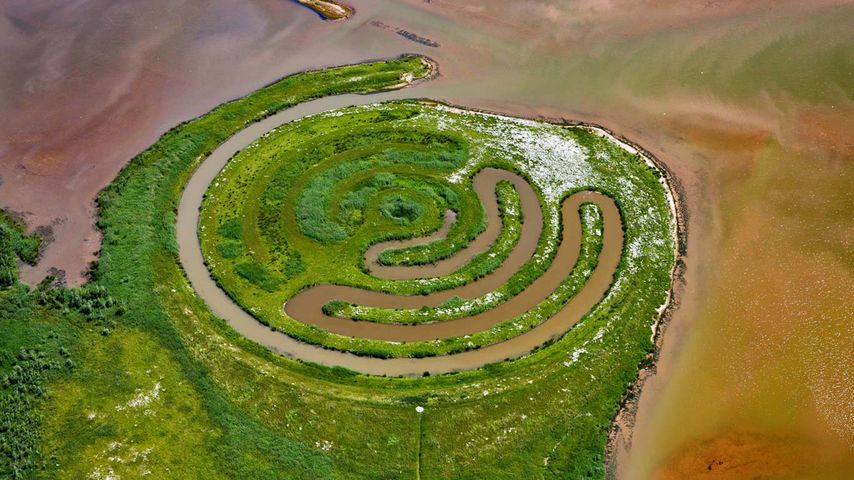 Land artist Paul de Kort created this installation in the central Noordwaard region of the Netherlands’ De Biesbosch National Park. The spiral of earth interlaces with the freshwater tidal flow of the waterways inside the park. And as the tides go in and out, the spiral becomes submerged and then re-emerges, causing the land mass to go through visibility phases similar to those of Earth’s moon as it waxes and wanes from full circle to slim crescent, while also drawing the connection between the Moon’s effect on Earth’s tides.