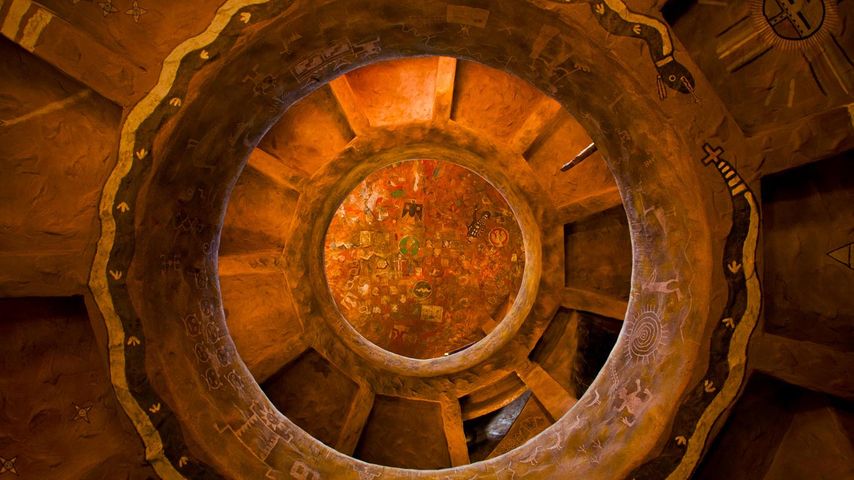 Look up from the floor of the stone tower and the Hopi mural by artist Fred Kabotie looks back. Built in 1932, the 70-foot Desert View Watchtower recreates the look and feel of similar structures built by the Ancient Pueblo People. Architect Mary Colter studied archaeological examples of similar towers for six months before designing this one. On this day in 1987, the tower received National Historic Landmark status.