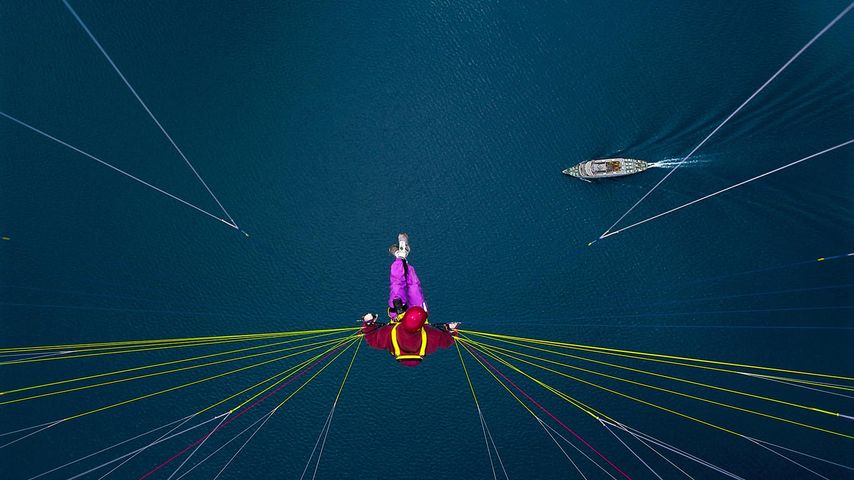 In the 1950s and ‘60s, major developments in parachute design made possible the sport of paragliding. An aviation writer even predicted, in 1954, that in the future, humans would be able to launch themselves from cliffs and hillsides, steering a modified parachute as they sailed toward the ground. Paragliders were able to do just that by the late ‘70s, after technology had caught up, and modern paragliding quickly gained in popularity. This paraglider is suspended over Lake Thun in Switzerland, a popular spot for paragliding and hang gliding, as the lake is surrounded by the Alps.